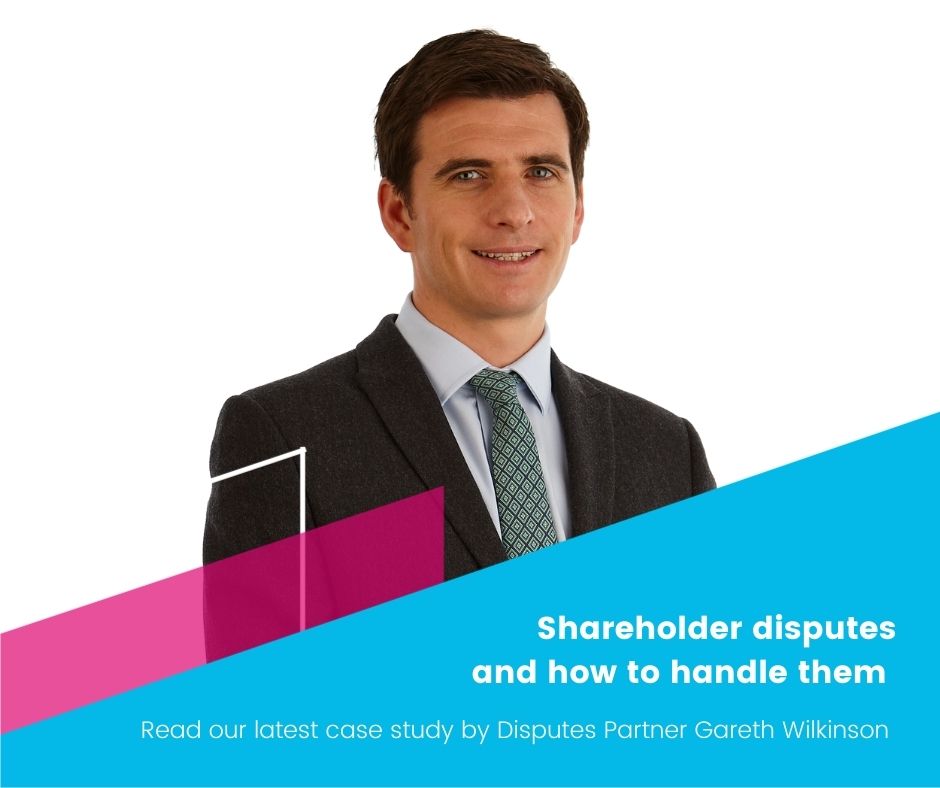 Case Study: Shareholder disputes and how to handle them

Running a business is incredibly challenging and it is not uncommon for disputes and disagreements to arise between shareholders.

Many things can trigger this including, the breakdown of personal relationships, disagreements over the future path the business should take, conflicts of interest, poor performance and lack of communication.

If left to fester, shareholder disputes can have dire consequences for the individuals involved and the business itself.

A shareholder and director of a successful company begins to experience problems with the other shareholders. The relationship between them deteriorates to such an extent that the shareholder is dismissed from his employment and denied all access to the business’s operations and financial information.

Our client required expert advice about his rights as an employee who had potentially been unfairly dismissed and as a shareholder whose fellow shareholders were in breach of their shareholders agreement. It was clear that the other shareholders had conducted themselves in a manner which was unfairly prejudicial to our client, giving rise to claims of damages and for remedies under the Companies Act 2006.

We embarked on an exhaustive process of pre-action dialogue and negotiations to try to resolve matters and build our case, resulting in us assisting our client to bring claims before the Employment Tribunal and the High Court on grounds of unfair dismissal and breach of the shareholders agreement.

Having issued the petition at court we vigorously pursued the evidence and increased pressure on the other parties to comply fully with their disclosure obligations. This proactive approach quickly resulted in the strengthening of our client’s position over that of his former colleagues.

Shortly after this we were able to assist our client to negotiate a very favourable settlement including recovery of costs.

Value to the client:

This is an excellent example of how early assessment of a client’s legal position and robust action, coupled with the diligent and proactive pursuit and analysis of the evidence, can quickly boost a client’s position or, if appropriate, enable a party to exit a dispute early at a low cost. In this case, our client benefited hugely from this approach.

If you need more information or advice about how to handle a shareholder dispute, please don’t hesitate to get in touch with our Altrincham office by emailing info@beswicks.com or by phoning 0161 929 8494.